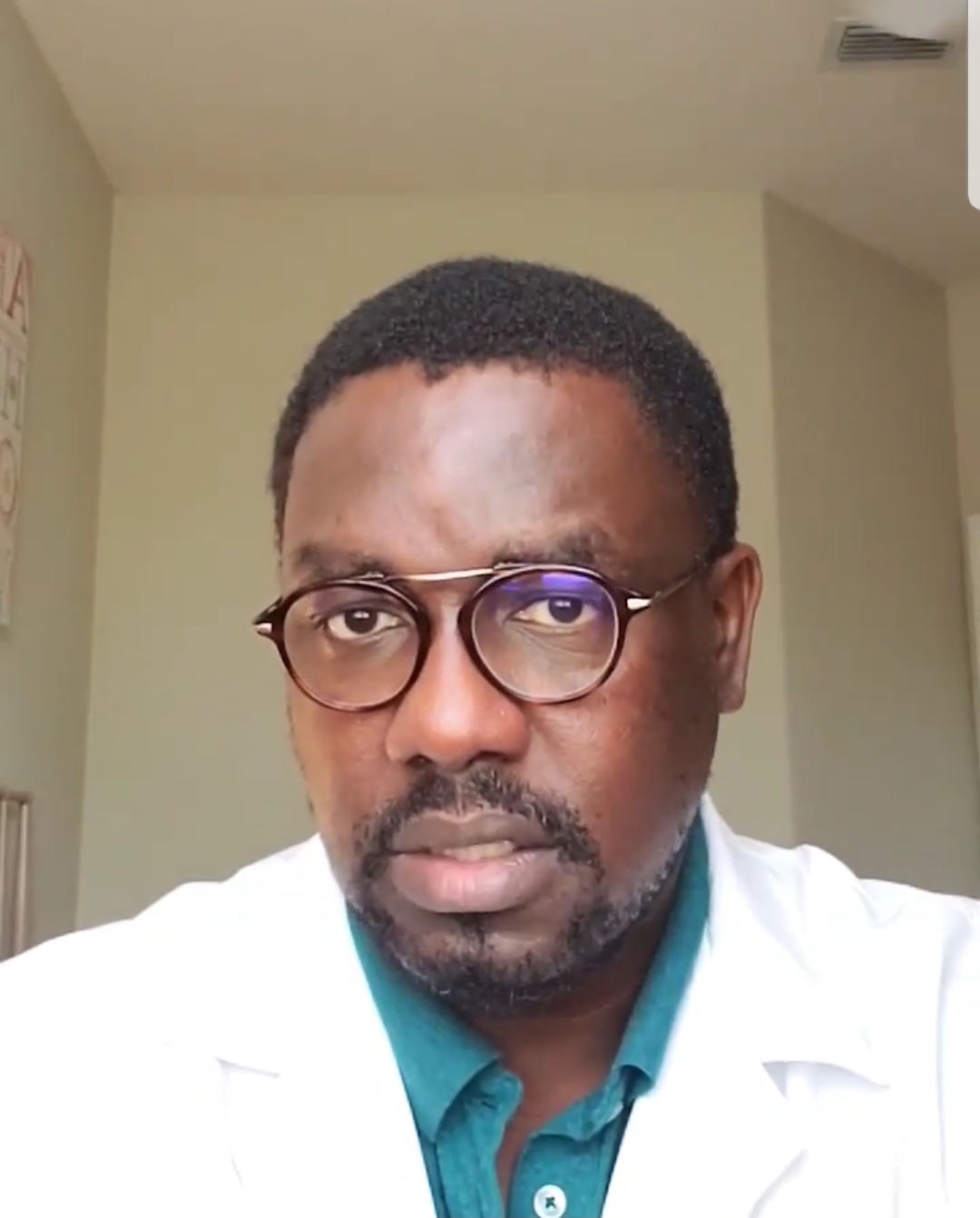 Definition
• The spontaneous loss of a woman’s pregnancy before the 20th week that can be both physically and emotionally painful.
• The most common type of pregnancy loss, miscarriages often occur because the fetus isn’t developing normally.
• Miscarriage is not rare
• Guiding couples through traumatic pregnancy experiences, such as first-trimester miscarriage can be emotionally challenging for the provider
• Early miscarriage is the most common pregnancy complication
• It can occur due to a range of issues a patient cannot control, such as chromosomal abnormalities in the embryo – the cause of approximately half of all miscarriages.
• Research suggests some women find comfort and support on social platforms such as Instagram after a miscarriage.
• Connecting with others who have been there can help them surface their emotions and feel less isolated.
• However, patients’ ability to cope with miscarriage varies.
• Some struggle with guilt, depression, and even post-traumatic stress disorder (PTSD) symptoms.
• That means as many as one in five pregnant women will experience a miscarriage in early pregnancy.
• When we talk about “clinically recognized” pregnancies, we include women whose pregnancies have been verified by their physicians and women who have had positive home pregnancy tests but have not seen their physicians.

1 The most common cause of early miscarriage is a genetic or medical problem with the pregnancy.

2 A common genetic problem is aneuploidy, which means there is an abnormal number of chromosomes in the cells of the embryo.

Miscarriage is not your fault!!!!

♧ In my experience in SGHS, the first thing 9 out of 10 members ask when they experienced a miscarriage is, “Why did it happen?”

♧ Unfortunately, most times and frequently no one can give an exact cause.

♧ This can be very frustrating for members.

♧ The common causes for miscarriage, is chromosome abnormalities.

♧ Some women may lose a pregnancy because of issues involving their body’s production of small blood clots.

♧ Women with abnormally shaped womb may be more likely to miscarry, too.

♧ Though we can tell you what we know about early miscarriage – that it’s not uncommon.

♧ It is important to NOTE, your past choices didn’t cause it.
♧ Isolated stress didn’t either.
♧Most times this still leaves patients with the question of why.

 It is saddening to read that half of female survey respondents in a recent study, who had suffered a miscarriage felt guilty about it.
 Approximately 40% felt as if they had done something wrong.
 As doctors, the onus is on us to reassure people that – almost always – they did nothing wrong and that there was nothing they could have done to prevent it from happening.

♧ There is rarely any effective treatment, either at a medical center or at home, to prevent early pregnancy loss.

♧ One final striking point from the study: 28% of female respondents who had miscarried reported feeling less isolated when celebrities disclosed, they, too, had miscarried.

♧ That number jumped to 46% when a friend disclosed a miscarriage.

So, if you recently suffered painful miscarriage, just like many other personal or medical complications in pregnancy, having someone to relate with or talk to can make a world of difference for families struggling to cope with an early miscarriage. TALKING TO A CARING DOCTOR CAN BE THERAPEUTIC!!

So, we can ALL COLLECTIVELY RALLY AND MAKE A DIFFERENCE, WHEN MISCARRIAGE HAPPENS!
As loving and caring healthcare providers, family, and friends, we should be more aware of miscarriage and more open to sharing our empathy and experiences.
When we do, women with this sad experience will be better equipped to cope with early pregnancy loss.

This be by a variety of tests:

●Your health care provider might check to see if your cervix has begun to dilate.

●During an ultrasound, your health care provider will check for a fetal heartbeat and determine if the embryo is developing as it should be.
● If a diagnosis can’t be made, you might need to have another ultrasound in about a week.

● If the pattern of changes in your HCG level is abnormal, it could indicate a problem.

If you’ve had two or more previous miscarriages, your health care provider may order blood tests for both you and your partner to determine if your chromosomes are a factor.

If you pass fetal or placental material but some remains in your uterus, it’s considered an incomplete miscarriage.

● In a missed miscarriage, the placental and embryonic tissues remain in the uterus, but the embryo has died or was never formed.

If you develop an infection in your uterus, it’s known as a septic miscarriage.
This can be a severe infection and demands immediate care.

For a threatened miscarriage, your health care provider might recommend resting until the bleeding or pain subsides.

Bed rest hasn’t been proved to prevent miscarriage, but it’s sometimes prescribed as a safeguard.

You might be asked to avoid exercise and sex, too.

Although these steps haven’t been proved to reduce the risk of miscarriage, they might improve your comfort.

In some cases, it’s also a good idea to postpone traveling — especially to areas where it would be difficult to receive prompt medical care.

Ask your health care provider if it would be wise to delay any upcoming trips you’ve planned.

With ultrasound, it’s now much easier to determine whether an embryo has died or was never formed.

Either finding means that a miscarriage will definitely occur.

Usually this happens within a couple of weeks of determining that the embryo has died.

Unfortunately, it might take up to three or four weeks.

This can be an emotionally difficult time.
If expulsion doesn’t happen on its own, medical or surgical treatment will be needed.

If, after a diagnosis of certain pregnancy loss, you’d prefer to speed the process, medication can cause your body to expel the pregnancy tissue and placenta.

The medication can be taken by mouth or by insertion in the vagina.
Your health care provider might recommend inserting the medication vaginally to increase its effectiveness and minimize side effects such as nausea and diarrhea.
For about 70 to 90 percent of women, this treatment works within 24 hours.

Another option is a minor surgical procedure called suction dilation and curettage (D&C).
During this procedure, your health care provider dilates your cervix and removes tissue from the inside of your uterus.
Complications are rare, but they might include damage to the connective tissue of your cervix or the uterine wall.
Surgical treatment is needed if you have a miscarriage accompanied by heavy bleeding or signs of an infection.

● In most cases, physical recovery from miscarriage takes only a few hours to a couple of days.

● In the meantime, call your health care provider if you experience heavy bleeding, fever or abdominal pain.

● You may ovulate as soon as two weeks after a miscarriage.

● Expect your period to return within four to six weeks.

● You can start using any type of contraception immediately after a miscarriage.

●However, avoid having sex or putting anything in your vagina — such as a tampon — for two weeks after a miscarriage.

● It’s possible to become pregnant during the menstrual cycle immediately after a miscarriage.

● But if you and your partner decide to attempt another pregnancy, make sure you’re physically and emotionally ready.

● Ask your health care provider for guidance about when you might try to conceive.

● Miscarriage is usually a one-time occurrence.

● Most women who miscarry go on to have a healthy pregnancy after miscarriage.

● If you experience multiple miscarriages, generally two or three in a row, consider testing to identify any underlying causes.

● Such causes could include problems with the
1.uterus,

If the cause of your miscarriages can’t be identified, don’t lose hope.

About 60 to 80 percent of women with unexplained repeated miscarriages go on to have healthy pregnancies.

Topic: Prenatal Multivitamins (Especially Folic Acid) Why This Is A MUST For All SGHS BFBs

Belly Binder After C Section, Can You Use It, Any Benefits?